For each of the cell lines (Huh7 and MIA-PaCa2) were isolated and subsequently cultured without antibiotic selection (MedChemExpress 298690-60-5 Figure 1B, middle panel). Expression of the luciferase transgene was demonstrated in both cell lines indicating successful stable transfection with the pUbC-S/MAR plasmid. The cells were further cultured in the absence of selection pressure for another month (figure 1B bottom panel). At 45 days post transfection genomic DNA was extracted from all three colonies

of each cell line to confirm episomal maintenance of the pDNA. A Southern blot was performed (figure 1C) which in every case showed a single band of the exact size of pUbC-S/MAR (8198 bps) for each of the colonies of both cell lines. Finally we performed luciferase bioluminescence assays on increasing amounts of cells, in order to provide direct quantitative results of gene expression for comparison. Results are shown in figure 1D, where the limit of signal detection was between 500?000 cells for Huh7 cells and between 250?500 cells for MIA-PaCa2. Further evidence for episomal maintenance was provided by plasmid rescue of pUbC-S/MAR from kanamycin resistant E. coli bacteria after transformation with total DNA from each of the colonies of the two cell lines. In this case only intact free plasmid DNA would 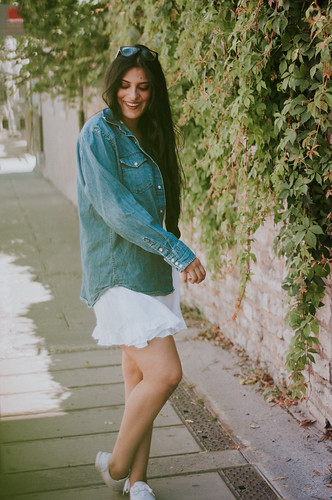 produce bacterial colonies on plates containing kanamycin that is the resistance marker present on the pUbC-S/ MAR plasmid. The restriction patterns of the pDNA of selected colonies were consistent with unmodified non-integrated plasmid constructs for both the Huh7 and the MIA-PaCa2 cell lines (figure 1E and 1F).Stably Transfected Huh7 and MIA-PaCa2 Cell Lines form Tumours in vivo While Maintaining High Levels of Transgene Expression 35 Days Post InjectionCells from each of the two generated stably transfected cell lines (MIA-PaCa2 and Huh7) were separately administered by intraperitoneal injection to groups of mice (n = 4). Mice were imaged 24 hours post injection and luciferase expression was observed in both groups of injected mice (Figure 2A). We noticed that all four mice injected with MIA-PaCa2 cells expressed luciferase throughout the monitoring period and formed tumors, whereas three out of four mice injected with Huh7 cells expressed luciferase and one mouse had no initial luciferase expression, probably due to the inability of the cells to establish themselves in the new environment, although this remains unclear. Nevertheless, the luciferase expression was monitored in both groups of mice for a total period of 35 days with weekly bioimaging. Bioluminescent imaging photos of a representative mouse over time for each cell line is shown in Figure 2A. The level of expression increased sharply 21 days post cell delivery (Figure 2C). No luciferase expression was detected in control untreated animals (data not shown), where the background level of light emission was 56105 photons/sec/cm2/sr. Given the increase in luciferase transgene expression at 35 days post-administration of the cells, we were confident that a tumour derived from the injected cells had 16574785 formed. The mice were therefore sacrificed at 35 days and dissected to look for evidence of tumour formation. While externally there was no noticeable growth, a large mass was observed in the peritoneal cavity once the animal was dissected. A representative photo of the tumour mass from an animal treated with Huh7 cells is shown in Figure 2B. Imaging of the mice before and after the removal of the tumour conf.